"Tampa studio Morrisound Recording was ROBBED a couple of nites ago.

FOUR effects racks were cleaned out, with tons of high end rack gear like effects and compressors and preamps.

also. several Digidesign 192 Protools interfaces and an SSL power supply (that would be useless without an SSL console)

PLEASE -- if anyone comes into your shop and tried to sell you this stuff, contact law enforcement IMMEDIATELY, let's catch these crooks! " 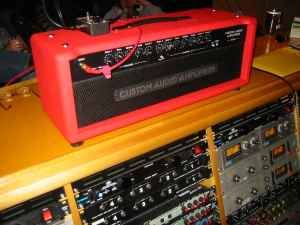 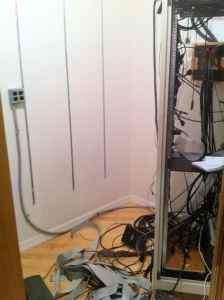 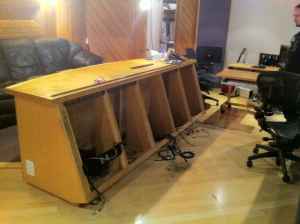 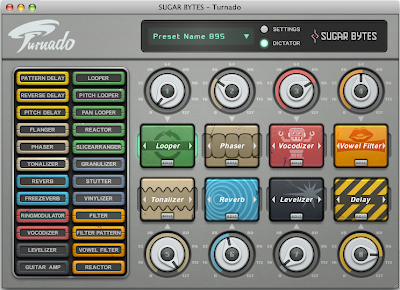 "Turnado is your new multi-effect tool crafted especially for massive and real-time audio manipulation, providing countless truly unique effects, creating sounds unheard of every time you turn it on. Turnado is both: hands-on stage performance boost and serious tool for studio perfectionism, giving you direct control of up to 8 different effects at any given time, with a total of 24 effects available.

Turnado comes for Mac/PC as Standalone application and VST/AU plugin and will be released in early summer 2011."


http://www.sugar-bytes.de/content/products/Turnado/index.php?lang=en
Posted by Unknown at 12:38 PM No comments:

"The QS8 is a control room monitor, a communications module, a cue mixer and a summing box all in a one unit. As a control room monitor the QS8 has a passive signal path, stepped attenuator and alternate speaker outputs. Both the stereo cue input and the stereo Aux 3 input have their own level control and combine to make the cue mix. Aux 3 eliminates the latency issue by feeding the input signal back to the headphone mix. The talkback mic with it's own level control allows easy communication with the artist. The QS8 also sums four stereo inputs to a balanced stereo output that can be recorded as a DAW mix track."


http://www.sweetwater.com/store/detail/QS8/
Posted by Unknown at 12:01 PM No comments:

Jailbreaking your iPhone is easy enough to do as long as you don’t mind staying parked at an earlier firmware until the Dev Team gets a new hack out, but unlocking your iPhone to work with any carrier is a lot more complicated. What if you want to just unlock your iPhone once and be done with it forever? A new company called CutYourSim claims that they can just do that, offering permanent unlocking of any GSMiPhone for a one-time fee of $169.99.
How are they offering this service? As near as anyone can tell, it looks like CutYourSim has someone on the inside of AT&T who is unlocking iPhones for them on the sly.
You see, all phones — even iPhones — are officially unlockable. Usually, the way you unlock a cell phone is by running out your two year contract or paying an unlocking fee, at which point you provide your handset’s IMEI number to your carrier, who will then use it to unlock your handset.
With the iPhone, it’s rare for carriers to officially unlock the device for customers, but it does happen, and when it does, it’s accomplished by entering the IMEI# of the device in question into an Apple database whitelist. CutYourSim’s found someone with access to that whitelist, and they’re paying him money off the top to add phones to it.
In other words, if this is of interest to you, act now. It’s not going to take Apple a long time to catch on, and when they do, there’ll be hell to pay.
Posted by Unknown at 6:57 AM No comments: