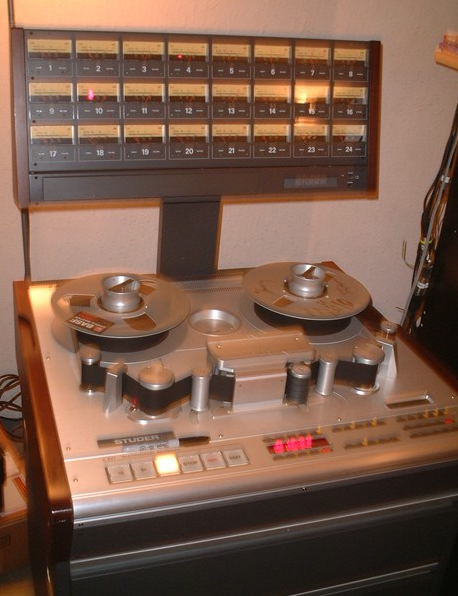 "After 6 months of being at the studio and making the full transition from intern to assistant engineer everything that happens at studios became very clear. One of the jobs I had were to organize the tape library. These tapes were held because of unpaid invoices. To see artists on TV, magazines and even in my neighborhood driving around in fancy cars with a lot of jewelry on just didn’t add up. On downtime at the studio I would put up some of these reels and try to match the original song to the mixed version that everyone knew. Between asking a million questions to the engineers and trying every piece of gear possible, I started to learn what each piece of equipment does to sound. Compressors controlled them, equalizers opened them up, reverbs gave them depth and delays doubled them. That was pretty much the basics. The more I learnt about mixing is the more I learnt about myself and people. Platinum Island helped me to have a low tolerance for people because it showed me that I had options. I started to look at everyone differently and one by one I would take them off of the pedestal I’d put them on for years. I couldn’t believe the amount of people that never paid their bills and I always wondered how studios made money after knowing this. It’s even worse for the studios in the smaller market places. I loved Platinum Island because it was “the Truth”. "
Read more here.
Posted by Unknown at 9:39 PM No comments:

Looking for a great sounding mic at an affordable price? Stellar CM-6 $374.99 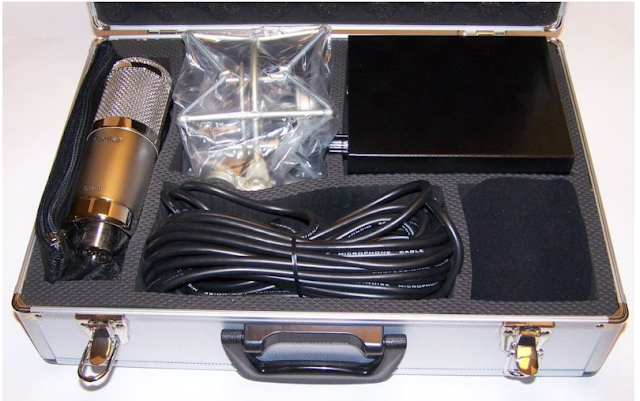 "The CM-6 is the combination of unabashedly borrowed elements from one of the best microphones of the past and modern high quality audiophile grade components produced with the finest modern manufacturing techniques."
"While respecting the past, every Stellar Custom designed microphones has its own voice and personality. The tonal response of the CM-6 has been described as velvet smooth. The tone circuitry adds the right amount high end air while reinforcing mid and adding fullness to thin sounding audio sources. Without sounding harsh, the CM-6 captures a very accurate, articulate, detailed sound."

Features:
Get more info and purchase here
Posted by Unknown at 4:29 PM No comments: 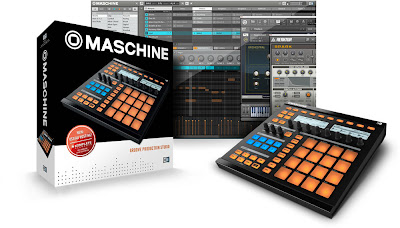 Here are two videos with F-Major showing how easy it is to do sampling MPC style on NI's Maschine.
Posted by Unknown at 5:02 AM No comments:

The much sought after Neve 2254 limiter/Compressor is the predecessor to the Neve 33609 which is one of my favorite compressors. It was designed by David Rees in the late 60's (who now designs for Phoenix Audio). The top pic is of a 2254E which has a variable compressor and limiter attack. The next pic is of a 2254A which has a variable threshold for the compressor but fixed limiter attack. The third pic is of the 2254D which is is the same as the 2254A except it has additional release settings for both the compressor and limiter section. There's also an additional 10:1 ratio that the others don't have. The bottom pic is of the original 2254 which has a fixed compressor threshold and switched limiter attack. They all sound amazing but the 2254E is more in demand because of the variable attack feature.
The 2254 works well on vocals, bass, drums, guitar, and even brass and string sections. It excels at getting sounds to stand out in a mix.

You might get lucky and find the 2254 for sale on the internet. Vintage King sometimes has them for sale.
They also have the Neve 2254R which is the one rack space reissue of the 2254 for $2950.

Posted by Unknown at 5:01 AM No comments:

Good Morning! One of my favorite songs "Baltimore".

This is a song originally written by Randy Newman and covered by the late great Nina Simone and another great group The Tamlins.
Have a great day.

Posted by Unknown at 4:59 AM No comments: