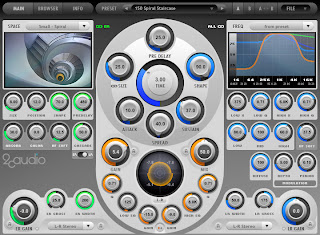 2CAudio's Aether is an award-winning, ultimate quality, self-modulating algorithmic reverb, which delivers unprecedented levels of fidelity and programmability. It has been nominated for, and won numerous industry awards, including most recently the 2010 Sound on Sound Annual Award, and the 2010 EM Editor's Choice award. Its huge list of industry-first advances have made it the go-to reverb of choice by many of the industry's top engineers and producers.