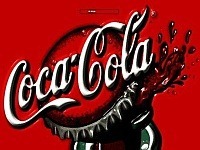 But now, the producers of the weekly hour-long radio program,This American Life, claim to have spotted the secret recipe on page 2B of the Atlanta Journal-Constitution (daily), dated February 18, 1979.
The page shows a hand-written copy of John Pemberton’s original coke recipe (far below), now safe in a bank vault.
Invented by Pemberton in 19th century, the recipe - – which was intended to be a medicine for morphine addiction, headache, and impotence among other diseases – - was bought out by businessman Asa Griggs Candler, who went on to burn the earliest records of the company, prohibited the recipe from being written down, and saw that only two people would know the secret ingredients and how to mix the 7X flavor.
Even the invoices of ingredient purchases are maintained secretly. So, here goes the stuff you’ve been waiting for… 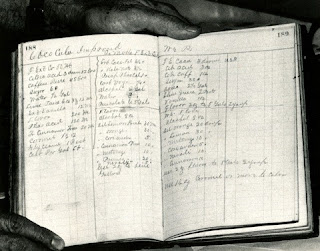 The recipe:
Fluid extract of Coca: 3 drams USP
Citric acid: 3 oz
Caffeine: 1 oz
Sugar: 30 (unclear quantity)
Water: 2.5 gal
Lime juice: 2 pints, 1 quart
Vanilla: 1 oz
Caramel: 1.5 oz or more for color
… The secret 7X flavor (use 2 oz of flavor to 5 gals syrup): Alcohol: 8 oz
Orange oil: 20 drops
Lemon oil: 30 drops
Nutmeg oil: 10 drops
Coriander: 5 drops
Neroli: 10 drops
Cinnamon: 10 drops
And now, can anyone go prepare it? Apparently, NOT! Coca-Cola uses a cocaine-free coca leaf extract prepared at a Stepan Company in New Jersey, the only company that is authorized to do so (or rather, can do so).
Posted by Unknown at 9:25 PM