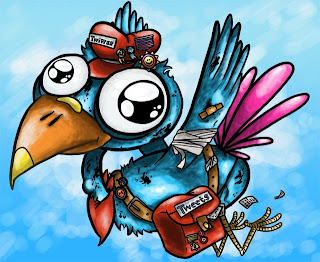 Twitter, a social networking and microblogging service combined, turns five this week, and on this occasion, has revealed some of its interesting milestones never before announced.
GROWING AT RECORD SPEEDS. What does it mean? Since the first tweet was made by Jack Dorsey on March 21, 2006, it took 3 years, 2 months and a day for the one billionth Tweet to be made on Twitter. And now, it merely takes a week’s time.
If that’s not growth, about 460,000 people signup on Twitter each day (February stats) and the service’s mobile usage has gone up nearly 2 fold since last year (182% to be exact). And again, for the record, 572,000 signed up for the service on March 12, 2011.
An average of 140 million Tweets were sent in February, up from 50 million sent per day in 2010. For the record, 177 million Tweets were send in March this year.
DID YOU KNOW? Michael Jackson death news spread like wild fire on Twitter in 2009 (June 25) when it first broke out. 456 Tweets sent per second (TPS) during that time was a record back then. Merely any match to the current TPS record of 6,939 Tweets Per Second sent on New Year’s Eve in Japan. (Editor’s Note: No offense, I understand that Twitter has grown hugely since then.)
Twitter currently boasts more than 190 million registered users, but just about 400 employees to manage it all.
Posted by Unknown at 4:07 PM