Bijan Pakzad gloried in offering "the costliest men's wear in the world" at a Beverly Hills showroom so exclusive that even presidents and princes had to make an appointment.
Long a highlight of the Rodeo Drive shopping district, the regally appointed House of Bijan was a natural extension of its extravagant proprietor, who died Saturday at age 67 after a stroke.
View Full Image 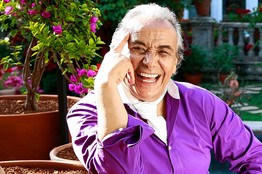 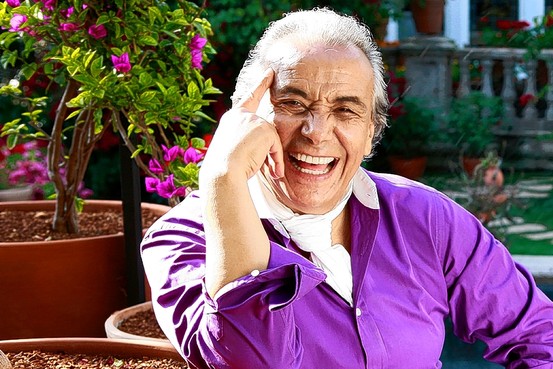 Known to all simply by his first name, Bijan used high prices as a selling point and lavished attention on his elite clientele, many of whom flew in on private jets for private fittings. Suits started in the neighborhood of $6,500—before customizations that might include a bullet-proof lining.
"He could do whatever the customer wanted and still make it chic," said his son, Nicolas Bijan Pakzad.
While boasting of his discretion, Bijan had stenciled on his showroom window the names of his more prominent clients—among them the five living U.S. presidents, movie stars Tom Cruise, Anthony Hopkins, and soul singer Usher. "I have six kings as customers," he boasted, as well as much of the House of Windsor.
As well as clothes cut along classic lines, Bijan sold what his son called "the Bijan show," a world of sybaritic fantasy. Amid sumptuous art and vases overflowing with lilies, one might accessorize an alligator top coat with a .38-caliber a gold-plated Colt revolver with Bijan's signature engraved on the barrel.
Born in Iran, Bijan was interested in clothes from his youth and opened his first boutique in Tehran. He spent a decade studying fashion and working as a designer in Europe. In the early 1970s, he moved to Southern California, selling Italian-manufactured clothes in a small boutique. He opened the more upscale House of Bijan in 1976.
"Appointment-only sounded ridiculous at that time," said Jimmy Delshad, a former mayor of Beverly Hills. "It helped make Rodeo Drive very sought-after."
Bijan heightened the allure by parking outside the showroom whichever of his stable of exotic cars he happened to be driving—Bentleys, Rolls, Bugattis in various candy colors including his signature yellow.
In the 1980s, Bijan struck gold with perfumes he sold at department stores around the world, making his brand available to average consumers for the first time. Scents, including a hugely popular offering in partnership with basketball star Michael Jordan, soon accounted for more than half his company's revenue.
He opened a New York showroom as opulent as the one in Beverly Hills and started appearing in idiosyncratic ads, posing with nuns in one poster and with a naked, obese woman straight out of Botero, his favorite artist, in another. His appointment book remained jammed and his prices continued to rise.
"Charge whatever you want, but make it the best," Bijan once told The Wall Street Journal.
Posted by Unknown at 6:25 PM