"The challenge for the modern studio (large or small) is a big sound on a tight budget, so Buzz Audio has done their best to bring you a very high level of audio performance at reasonable price. The QSP 4 channel mic preamp is made with real Class A discrete amplification and high end audio transformers just like the vintage classics of the past. But without the vintage price tag. The QSP has a stunning sound which you will immediately notice and owning a unit means never having to doubt your preamplifier again." 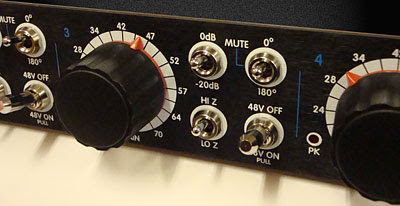 On board linear power supplies - no wall warts!

Easy to use control layouts