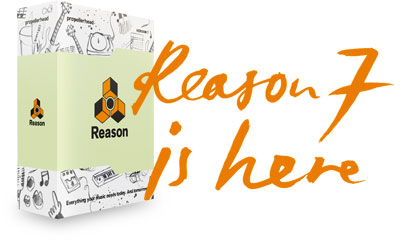 Propellerhead has made some major changes in their recently released Reason 7 including grouping, parallel channels and emulating the classic SSL sound with eq/dynamics on every channel and even the Stereo Buss Compressor. There's also MIDI out, a built in Spectrum analyzer and new "Audiomatic Retro Transformer"

"Reason 7 brings tons of new improvements for the mixer, the rack and the sequencer. Integrate your instruments into Reason with MIDI out, audio slicing and audio quantize. Turn your recordings into REX loops. For mixing, we're introducing a spectrum analyzer with visual EQ, group and parallel channels and workflow improvements. To inspire, Reason 7 imports audio from your music library and web formats, the enhanced Factory Sound Bank comes fully loaded with tons of new loops and drum kits and the new Audiomatic Retro Transformer effect adds a futuristic-vintage sound to any tracks."


and here's another video showing the Reason 7 improvements to "inspire" you to create your next hit: