This product won Best Of Show at Summer NAMM 2013 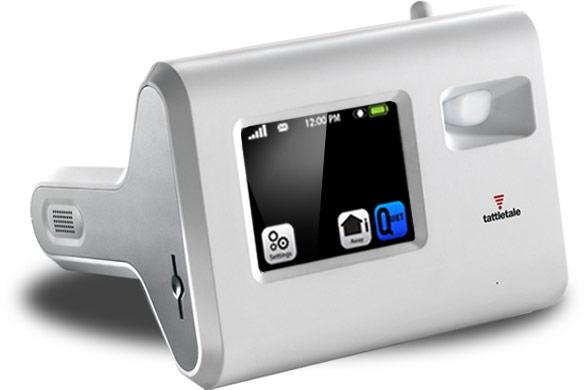 Tattletale is a fully customizable, portable alarm system that is easy to setup and install. It was one of six winners at this years Summer NAMM for "Best Of Show". It's not gear or an instrument but is definitely essential in protecting both. It is currently used by the Rolling Stones on tour and to protect a traveling copy of the United States Constitution.

The Tattletale requires no wires and takes approximately one minute to setup depending on number of sensors and accessories being used. It can easily be moved from location to location and even though portable cannot be easily tampered with once it's armed.

INSTANT PROTECTION
Tattletale is a complete alarm system in one compact unit. Just plug it in. There is no complicated installation, no special tools are required, no wires and no appointments.

PORTABLE ALARM SYSTEM
You own it. You can move it from one location to another at any time.

THE FASTEST ALARM SIGNAL
Tattletale uses a wireless data link to send the alarm signal. This signal is a one-way data packet that travels over the digital data control channel of the existing cellular network. There can be no dropped calls!

NO PHONE LINE TO CUT
Thieves typically cut a phone line before entering a premise. Data packet technology is superior to conventional alarm systems because there is no phone line to cut. The digital wireless alarm signal also eliminates the chance that a power surge will cause a false alarm.

USE IT ANYWHERE
Use Tattletale anywhere in the United States and Canada. There are no long distance and no roaming charges.

20 HOUR BATTERY BACKUP
Even unplugging tattletale won’t stop it. Its fully chargeable battery back-up means your tattletale is on, even if your power isn’t. You really can plug it in and protect it all.


All sensors can be placed up to 300 feet from the base unit and come with Lithium batteries good for 1 to 3 years depending on the sensor.

There is also a keychain remote that is "used to send up to 5 different wireless signals to the tattletale base unit. Arm your perimeter and outdoor sensors with the home button, arm all sensors with the away button, disarm your unit with the lock button, and toggle chime mode with the bell button. By pressing the home and away buttons at the same time you will trigger a panic alarm." 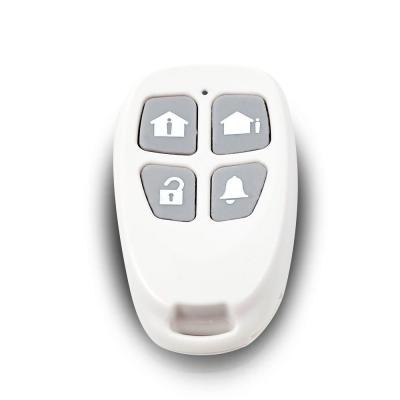 Here's a video showing how easy it is to use Tattletale:


Visit http://www.tattletale.com for more info. They are currently running a limited time offer for $349.