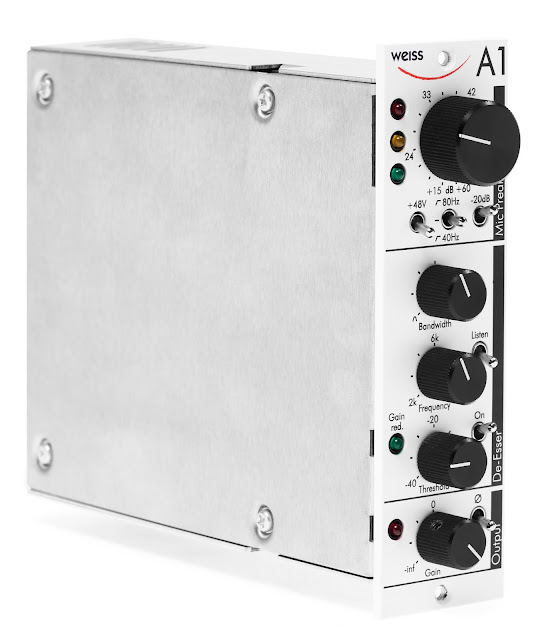 Switzerland based Weiss Digital Audio known worldwide for making some of the best high end digital audio equipment (first time I encountered Weiss was in a mastering session many years ago) has released the A1 Mic Pre.
The A1 has all the standard controls but also includes a De-esser with variable frequency, bandwidth and threshold controls plus a listen switch which makes it that much easier to zone in on sibilance. There are also 8 dip switches located on the bottom of the unit which allow you to further adjust the response of the de-esser.