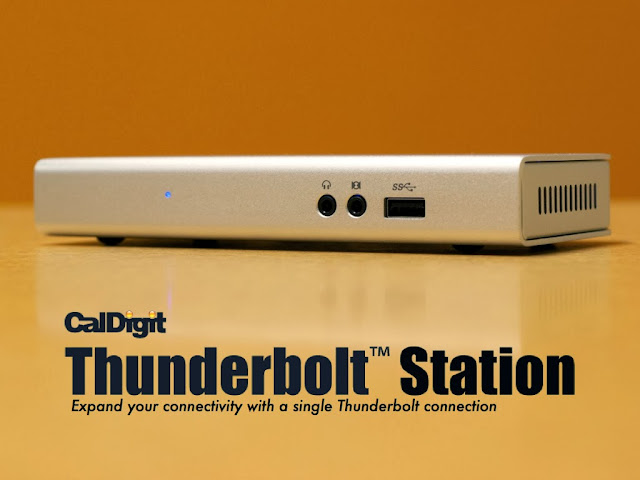 The CalDigit Thunderbolt™Station is now available. I previously posted about it and said I would notify everyone once it became available.

"The CalDigit Thunderbolt™ Station allows Thunderbolt™ enabled Mac users to add a variety of peripheral devices to their computers using a single Thunderbolt™ cable. This interface expansion device includes three USB 3.0 ports, audio in and out jacks, an HDMI out port, and a Gigabit Ethernet port."