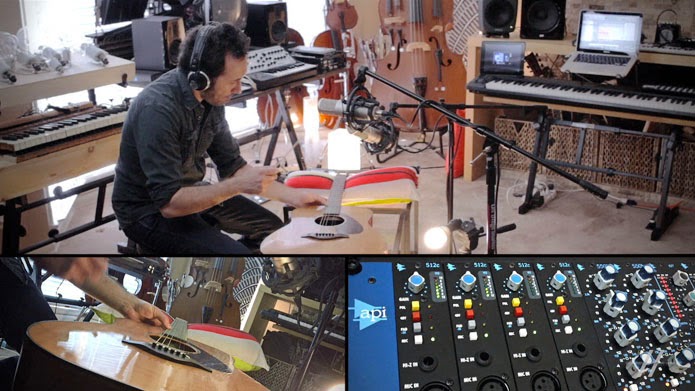 Accomplished composer/sound designer Diego Stocco has developed an interesting and innovative way of creating rhythmic elements in music. He calls it rhythmic processing and he has a series of videos called the Feedforward Sounds Series in which he shows the many ways this method can be used to create new and exciting ways of playing music.

"With these videos, I’m sharing with you guys the experience I gained out of years of work and countless hours spent in trying to figure out unique ways to create original sounds and music. I’m offering each video for $9.99, which is a very reasonable sum for any professional, but it’s an accessible number if you’re a student and not yet making money out of your work."


The videos consist of:


Take a look at the intro video below and see if this grabs your interest. I think it will spark many creative recording/songwriting sessions. What do you think?