Collie Buddz_"LIGHT IT UP" and the UAD Ampex ATR-102 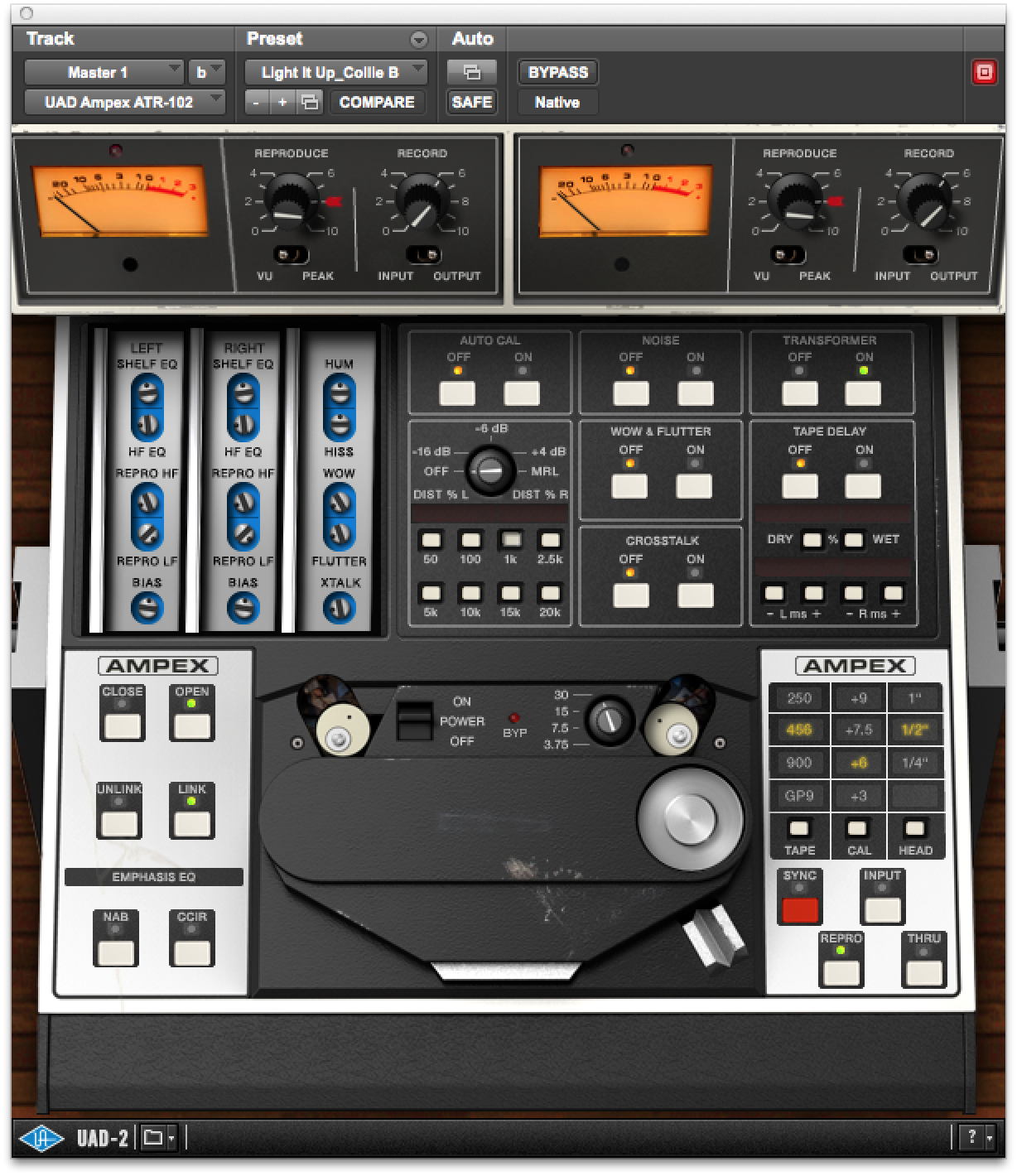 When I was approached to mix Collie Buddz "Light It Up", Salaam told me he wanted to keep the "vibe" of the rough mix but to give it a more organic, punchy yet "Pop" sound. I immediately thought of using the UAD Ampex ATR-102 plugin from Universal Audio.

The above pic is the actual setting I used on the mix buss of the Protools session.


Instead of mixing the record and then placing the UAD ATR-102 on the mix buss after I was done, I did the opposite.
I first made some adjustments to the song so it started sounding more like what they requested and what I felt I need to hear from the song. Then I placed the ATR-102 on the master buss and tweaked the settings so that the song had a certain sonic footprint. After a short break I began the final mix.
Whenever I use any processing on the master I find I get better results if I do it at the beginning of the mix instead of at the end. I'm not saying this is the correct or only way to do it I just find this method works best for me.

In the past when I worked completely analog I would monitor through the 2 track master whether it was the actual Ampex ATR-102,


Now I usually record the mix back into Protools and monitor the output of the Protools interface. While mixing I A/B the console output and PT interface at regular intervals to make sure that there are no major differences in sound between the two. When printing the final mix I always monitor the PT interface and pay close attention to any digital glitches, dropouts, distortion etc.

Take a look at this "Tips and Tricks" article from UA for further insight into using the ATR-102.