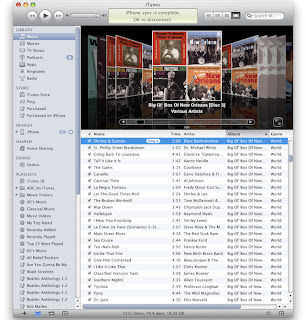 When it comes to attracting consumers to video subscription services, convenience wins out over other factors. That’s the message behind new research finding Netflix gets 60 percent of the U.S. digital subscription market, leaving Apple’s iTunes No. 3, with just 4 percent. Cable giant Comcast placed second, according to a NPD Group report on domestic digital video demand between January and February 2011.


The iTunes service tied with satellite provider DirecTV and entertainment behemoth Time Warner. Although the Apple service began in 2006, iTunes began renting movies in 2008 and 99-cent TV episodes in 2010. Despite consumers knowing iTunes had a more up-to-date inventory for rent, Netflix was given the nod due to the “overall shopping experience” and “value for price paid,” NPD announced Tuesday.
Posted by Unknown at 9:21 AM