Its been called one of the most anticipated plugins of the decade. The Virtual Console Collection or "VCC" as it's been known, captures the sound of some of the most legendary analog consoles in the industry. Using the VCC, your digital mixer will take on the life and vibe of these great desks and will give your music the depth, dimension, space, and 3D image that you have been craving! 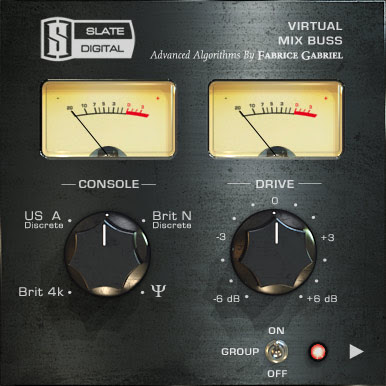 "The Slate Digital "VIRTUAL CONSOLE COLLECTION" brings the sound of 4 of the world's top analog consoles into your DAW workstation. "Slate Digital CTO Fabrice Gabriel and I studied these consoles inside and out. We meticulously modeled the entire circuit path so that we could recreate every subtle nuance that makes these consoles the legends that they are", says Slate.
The VIRTUAL CONSOLE COLLECTION consists of two plugins, Virtual Channel and Virtual Mixbuss. Each plugin allows the user to choose from one of four modeled consoles. Virtual Channel is applied on individual mixing channels. Virtual Mixbuss goes on the first insert of the master fader. "When using the Virtual Console Collection, your DAW instantly takes on the personality of a real analog mixing desk. The imaging and depth improves, instruments sit better in the frequency spectrum, and mixing becomes easier and more musical. You can even push the DAW faders up to find each mixer's "sweet spot", says Slate."


http://www.slatedigital.com/vcc.php
Here's a video review of the Slate Digital VCC done by Steve at Emeraz
Posted by Unknown at 8:33 AM