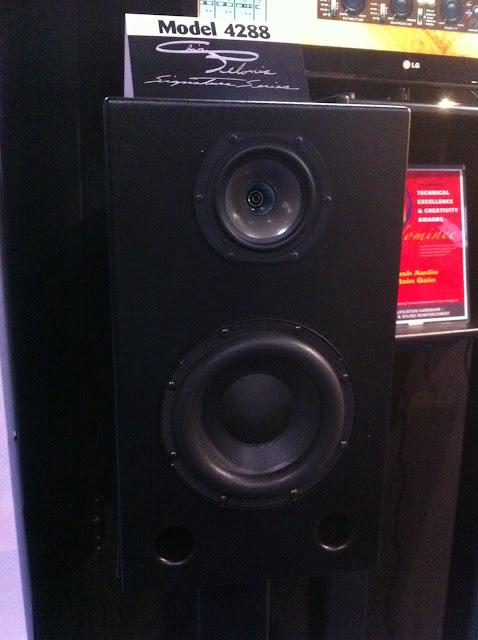 Chris Pelonis of Pelonis Sound And Acoustics recently announced the 4288 Speaker System.
The 4288 is based on the Model 42 System which I blogged about earlier and is comprised of an "MDF enclosure which houses a 4” dual concentric Tannoy driver handling the mid and high frequencies up to 35kHz and a custom designed 8” woofer providing deep, accurate bass response down to 27Hz. The system is driven by 400W of combined power. Free software allows for the Model 4288 to be fine tuned via USB for optimum performance in any environment."A limited run of 50 systems is available now with a full production run by early Spring 2012.


I spoke to Chris and Dave via email and they said the 4288's are like having a "Model 42 system with extended low frequency response". I look forward to doing some extensive listening/mixing on the 4288's.

Pelonis Sound And Acoustics is known not only for their speakers but also acoustics, systems design, wiring and installation.