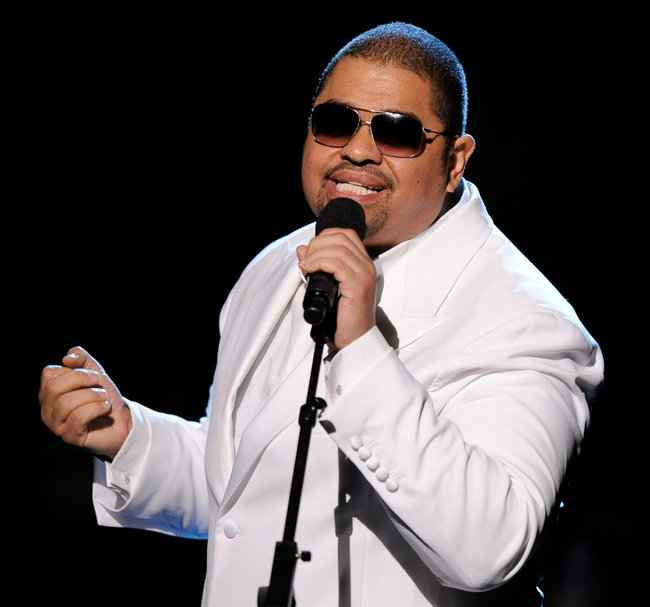 The man most knew as Heavy D was a positive force and inspiration to many in the music industry.
Sadly he passed away yesterday at the young age of 44. He will definitely be missed. His last tweet simply stated "Be Inspired" and those who knew him will tell you that's the type of person he was.
As Dougie Fresh said "He kept it real with everyone and would tell you what you needed to hear."
He was also an actor that took his craft very seriously and appeared in several movies, tv shows and even plays.

Here's an excerpt from a NYTimes article:

"The Los Angeles County coroner’s office confirmed the death Tuesday evening, saying that Heavy D had collapsed at his home and was taken to Cedars-Sinai Medical Center, where he died shortly after noon. The cause of death was not known as of Tuesday night, but the Beverly Hills police said that there was no evidence of foul play and that the death appeared to be “medically related.”

In the late 1980s and early 1990s, Heavy D was one of hip-hop’s most popular and charismatic figures, a girthy slickster who was an eager seducer and was unafraid of the dance floor. He was the frontman of Heavy D & the Boyz, which became the first act signed to Uptown Records, the label that was integral in building the bridge between hip-hop and R&B.

Thanks in part to production from the New Jack Swing auteur Teddy Riley that matched hard-snapping drums with sensual melodies, Heavy D & the Boyz became key figures in the softening of hip-hop’s sharp edges. The group released five albums between 1987 and 1994, three of which went platinum: “Big Tyme” (1989) “Peaceful Journey” (1991) and “Nuttin’ but Love” (1994)."

"In the mid-1990s he became the president of Uptown Records, and in several other ways his influence extended beyond his albums. He recorded the theme song to the popular comedy variety show “In Living Color”; recorded hit songs with both Michael Jackson (“Jam” in 1991) and Janet Jackson (“Alright” in 1990); and had a hilarious cameo in the video for “One More Chance,” an early hit for the Notorious B.I.G., who followed in Heavy D’s big-man footsteps."


Here are some of the videos that made him a household name:

Here is his final performance at the 2011 BET Awards:


and here's an interview he did with Tim Westwood on Radio 1Xtra:

My condolences to your family, friends and fans.