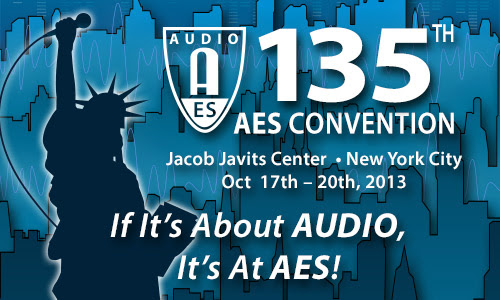 Yesterday was the final day of the AES 135th Convention. Here are some more gear features.

The look of the Electronaut M97 is stunning and if it sounds even half as good as it looks it will be highly sought after by sonic aficionados. The M97 is a Vari-Mu design but it has some unique features. Price TBA.

From the press release:

"Electronaut set out to design a new variable-mu compressor with no regard for the specific character of other historical variable-mu compressors..... a compressor whose capabilities were as good or better than the state of the art, and whose features provided improved usability and a more enjoyable experience."
"The M97 vari-mu stage is arranged as four quadrants, each consisting of three tube sockets: one 9-pin wired for 6386 tubes, and two 7-pin wired in triode-mode for 6BA6 and equivalent tubes. Each quadrant has a switch that configures the 7-pin sockets for either 6V or 12V filaments. This gives the user maximum flexibility and provides the choice of which tube type to use in each of the four sections, allowing a myriad of possible combinations."
"Electronaut designed a very low distortion sine wave generator, and a high-precision notch filter. When the Tone/Notch switch is engaged, the tone is injected into the input, the output is routed through the notch filter, and any residual signal (THD+N) is displayed on the meter. Balancing the compressor simply involves turning the balance control until the lowest distortion level is displayed. (The output is muted whenever the Tone/Notch is activated.)"
"Electronaut designed a high-voltage detector circuit that essentially converts the dB meter to a voltage meter, with a 1-percent per-step scale. If the meter is set to “B+” mode, a perfectly calibrated power supply will display a level aligned to the top center “0″ position. Each step above or below this position corresponds to a 1% error from the target 325V specification. It’s best to keep the power supply calibrated to within +/- 5%, and this can be checked effortlessly by switching to the B+ meter mode."

AMS-Neve has announced an updated version of their Genesys console. The Genesys Black is a
digitally controlled analog console that integrates with your favorite DAW. 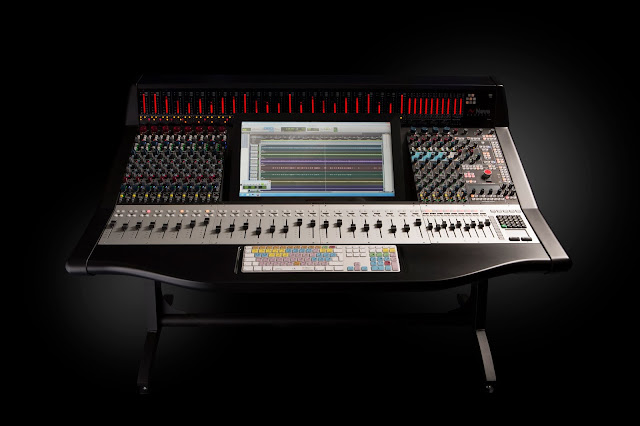 For those who like the look and feel of an analog console but lack the space for a large frame mixing desk this is a good option. The integrated screen and DAW control is a definite plus. 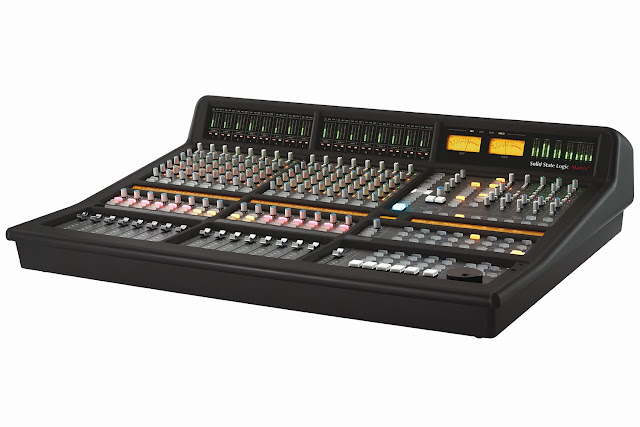 "Hardware device inserts can now be loaded directly from the console hardware controls (previously this was done only via the remote browser software) with an intuitive new interface that facilitates loading individual processors, A/B comparison of different processors and building processor chains. The Matrix remote browser software has also been re-designed to provide a new ‘drag and drop’ style interface for loading processors and building chains. A powerful 'Fader Linking' system has been added to the console which allows two or more faders to be grouped, to facilitate stereo or 5.1 channel control or subgroup style mixing. The A-FADA (Analogue Fader Accesses DAW Automation) summing system used in Duality, AWS and the new SSL Sigma rack has been introduced to enable the analogue faders of Matrix2 to be driven by automation data from your DAW. A-FADA enables channel automation to be performed entirely in the analogue signal path but with the advantages of DAW automation data editing. The addition of A-FADA to Matrix2 facilitates project portability between different SSL products. The previously optional 5.1 output card will now be included as standard pre-fitted in all units.

SSL will make all the new features except for the 5.1 card a free update to all existing customers.

Another popular unit that has been updated is Empirical Labs Fatso. I'm a big fan of Dave Derr's products and have used both the hardware and plugin version of the Fatso ( I also like the Distressor and Lil Freq.) If you own the original Fatso it can be updated to the new version.

"ELEVEN is a new compressor for the Fatso, replacing the old GP Ratio, and emulates the famous UREI 1176LN in 20:1, with the slowest attack, and fastest release. This 1176 setting has been used on countless hit records through the decades. With the slower “1176” attack, the transients keep the dynamics present, while the high ratio, can radically limit the dynamic range of any source, making it present and sitting in a nice little place in your mix. One can slam it, or just touch it with a few dB of compression. You will find it great on Vocals, Bass, acoustic guitars, drum room mikes, pianos etc..... ALL existing older “Fatso Jr’s” can be modified to change the GP ratio to the new ELEVEN ratio. In addition, all Fatsos shipped from Empirical Labs since June 2013 have had the ELEVEN ratio already installed in the circuit, under the GP ratio, so if you bought a Fatso recently, you probably already have the equivalent EL7-X circuitry."

Here are videos of the original Fatso hardware and the UAD software versions: