Have you tried this plugin? 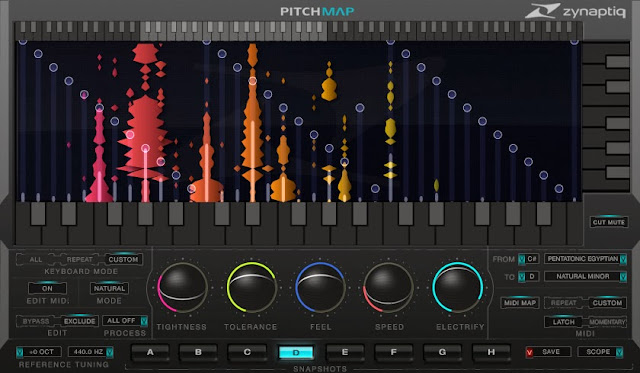 Zynaptiq who makes unique plugins such as Unveil and Unfilter has released a 1.50 update for their PITCHMAP plugin.

I think PITCHMAP a great tool for producers/remixers/DJs. What do you think?


"PITCHMAP is a demixing-based plug-in that allows changing melodies and harmonies of any mixed musical recording in real-time, either by transforming them to new ones played on a MIDI keyboard, or by setting freely defined target scales. Based on Zynaptiqʼs proprietary MAP (Mixed-Signal Audio Processing) artificial intelligence technology, PITCHMAP can be applied to a wide variety of tasks, including original music production, remix work, correction of tuning issues and creative manipulation of existing recordings."


Check out these videos showing PITCHMAP being used to manipulate entire songs:

The first one is a quick demo by Protools expert.com's Russ Hughes using Daft Punk's "Get Lucky" and the second is by Zynaptiq themselves demonstrating how they remixed a song with PITCHMAP.

There is also a side grade offer for USD 199/EUR 179 if you own any of the following software: