HAPPY 4TH OF JULY! - SHOW YOUR TWEETS AND STRIPES! 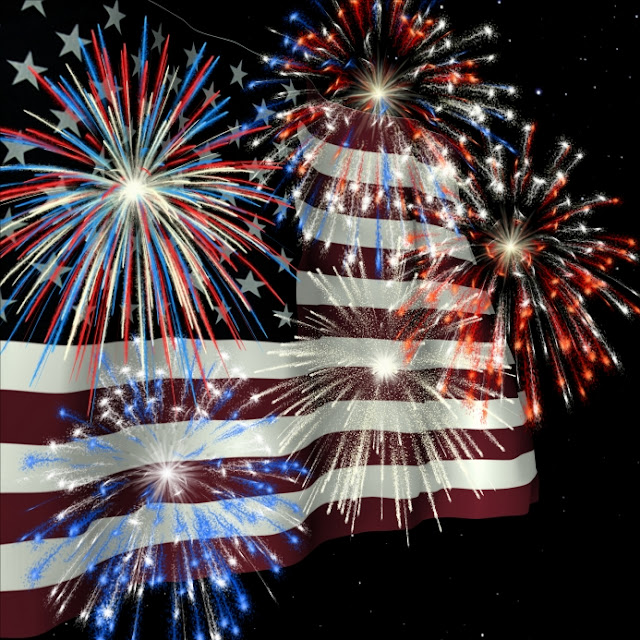 First I would like to thank the troops and veterans for their selfless efforts and sacrifices. Without them there would be no Independence Day.

Here's the story behind the Star Spangled Banner and how it became the National Anthem:

In 1814, about a week after the city of Washington had been badly burned, British troops moved up to the primary port at Baltimore Harbor in Maryland. Francis Scott Key visited the British fleet in the Harbor on September 13th to secure the release of Dr. William Beanes who had been captured during the Washington raid. The two were detained on the ship so as not to warn the Americans while the Royal Navy attempted to bombard Fort McHenry. At dawn on the 14th, Key noted that the huge American flag, which now hangs in the Smithsonian's American History Museum, was still waving and had not been removed in defeat. The sight inspired him to write a poem titled Defense of Fort McHenry. The poem was eventually set to music that had originally been written by English composer John Stafford Smith for a song titled "The Anacreontic Song". The end result was the inspiring song now considered the national anthem of the United States of America. It was accepted as such by public demand for the next century or so, but became even more accepted as the national anthem during the World Series of Baseball in 1917 when it was sung in honor of the brave armed forces fighting in the Great War. The World Series performance moved everyone in attendance, and after that it was repeated for every game. Finally, on March 3, 1931, the American Congress proclaimed it as the national anthem, 116 years after it was first written."


Came across this website that has a flag made of Tweets. When you place the cursor over the flag individual tweets pop up: 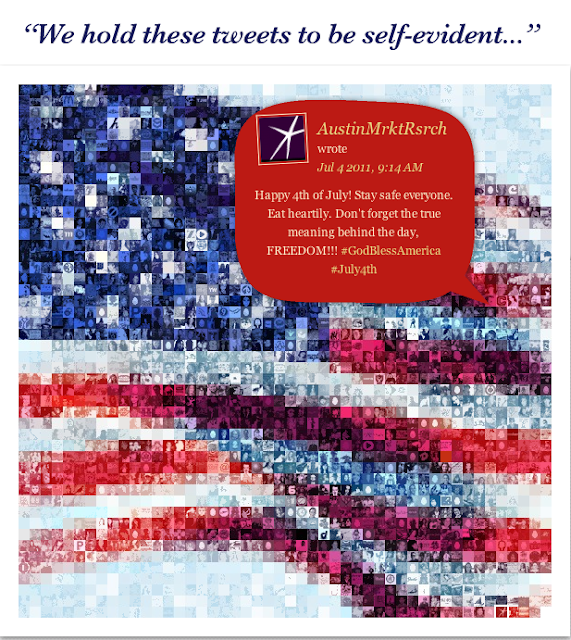