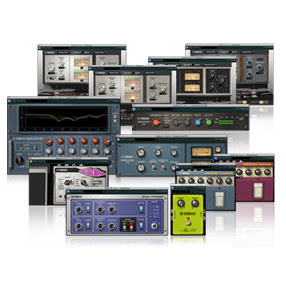 Steinberg Media Technologies today announced three professional signal processing plug-in bundles which make up the newly introduced Yamaha Vintage Plug-in Collection: Vintage Channel Strip, Vintage Open Deck and Vintage Stomp Pack. The plug-ins of this unique collection have previously only been available as VCM add-on effects for high-end Yamaha digital mixers, but are now for the first time available in VST 3, VST 2.4 and AU plug-in formats for multi-instance use within digital audio workstations. The plug-ins will soon be available as boxed or download versions from the Steinberg Online Shop and as boxed versions from certified Steinberg dealers.


The Vintage Channel Strip comprises three plug-ins: EQ 601, Compressor 260 and Compressor 276, reproducing the sound characteristics of several classic Yamaha hardware equalizers and compressors from the 1970s.
The Vintage Open Deck recreates the analog circuitry and characteristics of four legendary tape recorders: Swiss '70, Swiss '78, Swiss '85 and American '70. For an even wider range of variation, the characteristics can be individually applied to the record and playback decks.
Vintage Stomp Pack recreates several analog hardware effects, bringing back the punchy sound of the 1970s. Consisting of three phaser plug-ins (Dual Phaser, Yamaha Phaser and Max 100), one Yamaha flanger and one first-class wah-effect, this bundle boosts the musical creativity of guitarists, producers and sound designers alike.
Posted by Unknown at 6:10 PM No comments:

Posted by Unknown at 5:59 PM No comments: 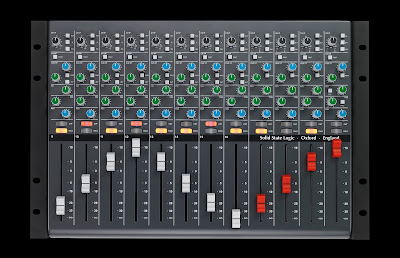 "Building on the success of the highly acclaimed X-Desk, ‘X-Panda’ is a new small format analogue mixer aimed at project studio owners and it packs a versatile feature set into its compact frame. As a standalone product it serves as a high quality 24 input mixer that can be used for tracking (in conjunction with external mic pres) or master mix summing. In conjunction with an SSL X-Desk, X-Panda introduces 24 additional channels, which via the ‘X-Desk Link’ connection, feed directly into the X-Desk Master Buss, Cue and Aux Send/Return system. In conjunction with an X-Rack summing system fitted with a Master Module, X-Panda adds faders and additional inputs to create a versatile mixer. X-Panda can also be used with any other mixer to expand available channel count."

Key Features
http://www.solidstatelogic.com/news/article.asp?ID=348&T=M
Posted by Unknown at 5:47 PM No comments:

"Teaboy is an online service for taking recall notes of your recording sessions. Instead of using traditional pencil and paper, you get real pictures of your outboard gear that you can manipulate like you would with a software plug-in. This allows you to manage your data in a computer and use time saving features like Copy/Paste, Save As, Templates, Presets, etc. It is also a database for easy management of your notes that you can access online from anywhere at any time."

http://www.teaboyaudio.com/
Posted by Unknown at 5:34 PM No comments: 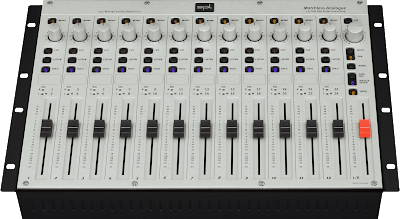 The Neos seems to be optimised for mixing stems from your DAW. 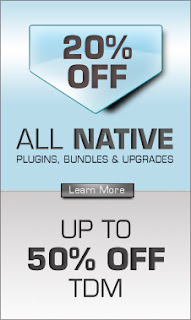 The Millennia STT-1 Origin is a channelstrip with multiple personalities

"The STT-1 Origin is a perfect go-to channel strip when you need a massive selection of tones without compromising audio quality. Not only is the complete signal path of the STT-1 Origin totally discrete, but it features Millennia's exclusive Twin Topology design that combines two completely separate and discrete amplifiers (one solid state, the other tube) into the same chassis. The STT-1 Origin's signal processing section also offers completely independent tube and solid state paths, and the input transformer is bypassable — giving you total control over your sound. Capturing the vitality of musical performances with STT-1 Origin is almost effortless. "

Millenia's website http://www.mil-media.com/stt-1.html and it can be purchased at Sweetwater Sound
for $3055.99 http://www.sweetwater.com/store/detail/STT1/
Posted by Unknown at 6:05 AM No comments: 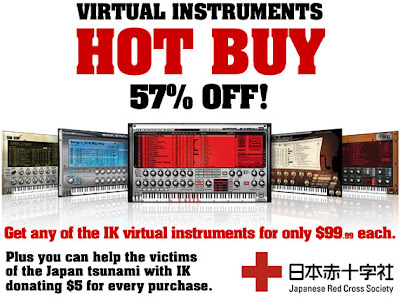 http://www.ikmultimedia.com/Main.html?vihotbuy/index.php
Posted by Unknown at 5:43 AM No comments: