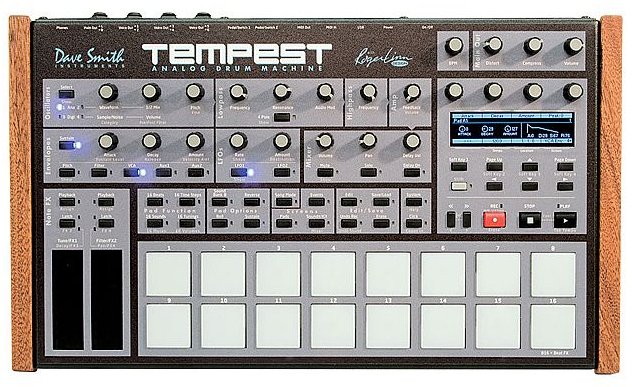 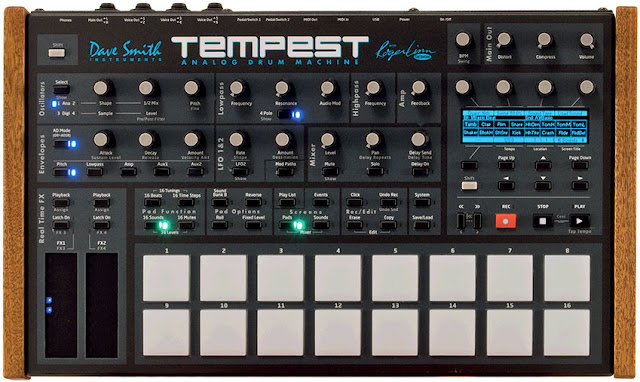 Dave Smith Instruments Tempest is a new analog/digital drum machine/synth hybrid that Dave Smith (known for Sequential Circuits) designed with Roger Linn (Linn Drum, MPC 60).
I like the layout and the features. The fact that you have direct access to many of the parameters via various knobs allows you to modulate the sounds and beat patterns on the fly. The included samples were supplies by Fxpansion and Goldbaby. It doesn't allow you to load your own samples but it was implied that feature will be in a later generation/update of the Tempest. If it can trigger and manipulate external sounds via Midi it would make a great controller.

"Tempest is a collaboration between Smith and longtime friend and fellow instrument designer Roger Linn. Though they've consulted with each other on past projects, Tempest marks the first time a product will carry both the Dave Smith Instruments and Roger Linn Design logos."
"The design of Tempest reflects a rethinking of what a drum machine needs to be in the current era. It's not so much a drum machine as a new musical performance instrument for the creation, manipulation, and arrangement of beat-oriented music, with an intuitive and efficient use of human gestures."

Here's a video guide of the Tempest featuring Roger Linn.

Posted by Unknown at 4:27 PM No comments: