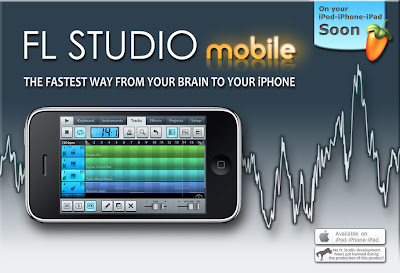 "FL Studio mobile will allow you to create complete multi-track projects on your iPod, iPhone or iPad
and, if you want, load mobile projects into FL Studio and take them to the next level...."
Key features:

http://www.image-line.com/documents/flstudiomobile.html
Posted by Unknown at 9:19 PM No comments: 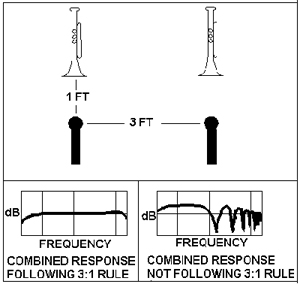 One of the first rules I learned as an audio engineer is the 3 to 1 Rule.
The 3:1 rule states that when two or microphones are recording multiple sources "the distance between the microphones should be at least three times the distance from each microphone and it's sound source."
The reason for this is simple; to avoid phase issues which can ruin the recording of a great performance.
The phase cancellations are caused by small timing delays between two or more mics picking up the same signal.
For instance a delay of 2.5 milliseconds causes frequency cancellations at 200, 600hz and 1khz. Change the delay of the second mic to 20 milliseconds and the cancellations now occur at 25, 75 and 125 hz. which is much better because its at the low end of the frequency range. But this won't work with drums and percussion since it will cause flamming (double hits) and drastically reduce the impact of the drums.
To prevent this issue use directional (cardiod) microphones and place them so the sides and rear of the microphone is facing the other source. There will always be some leakage but due to the reduced SPLs at the side and rear of the microphone the phase issues are usually negligible.
When recording a single sound or group of sounds with two mics use whatever stereo technique gives the best sound (X/Y, Spaced Pair, M-S, ORTF, Blumlein etc.). Just make sure that both mic diaphragms are exactly the same distance from the sound source (use a tape measure if necessary).
Here's an article on six different stereo techniques on AudioTuts.
Don't be afraid to experiment and let your ears be the judge. Sometimes you have to bend the rules to get the desired results.
Posted by Unknown at 6:51 PM No comments: 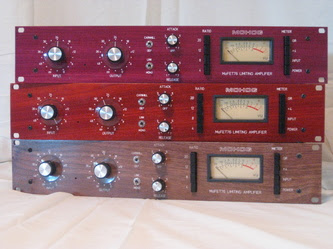 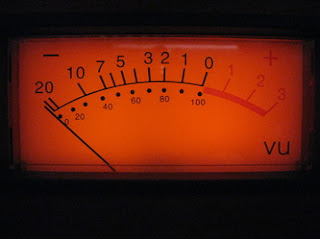 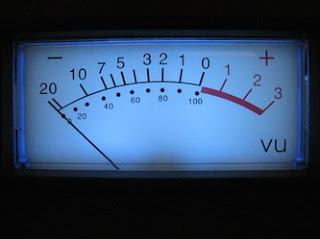 I'm a huge fan of the original 1176 so I'm definitely looking forward to using these on a mix,
"The MoFET76 is designed after the legendary 1176 Revision F, with slight modifications including switchable output transformers and input metering. These compressors sound amazing on any source including vocals, bass, snare and overheads. Great analog sound! This is a New custom built unit completely hand soldered and hand wired for greater quality control. These units come complete, calibrated and tested..."
They can also be linked for stereo use with a Mohog Audio MoSA Stereo Adapter


Warren Dent the owner/operator of ZenPro posted his favorite setting which he says sounds amazing on Vocals, Bass, Strings and Percussion. If you have a MoFET76, Urei or UA1176 or even the plugin version, definitely try this setting:

To purchase visit Mohog Audio. Also sold at ZenPro Audio
Posted by Unknown at 11:13 AM No comments: 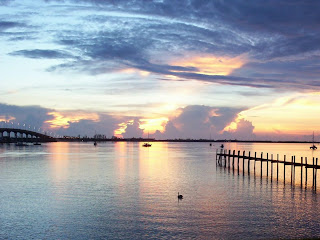 One of my favorite groups Earth Wind & Fire performing a medley with the supreme songstress Natalie Cole on her 1978 TV Special.
Posted by Unknown at 6:21 AM No comments: