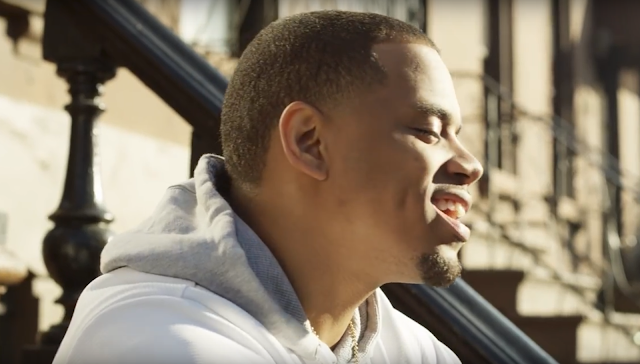 Actor/Singer Mack Wild's new single "Love In The 90z" is produced by Salaam Remi and is the 1st single from Mack's upcoming album. Both Salaam and Mack wanted the song to have a fun, upbeat but yet "New York street" feel.  I had a lot of fun mixing it and it made me nostalgic for the many summers I spent in NY.

Mack known for his role in HBO's critically acclaimed drama series "The Wire" recently appeared as one of the leads in the pilot for the new VH1's series "The Breaks".

The track consists of Mack's smooth but edgy vocals over classic "boom bap" drums alongside some warm pads and keys. On this track I mixed the drums first but would drop the vocals in from time to time to make sure that we kept the feel of the rough mix. Then the keys were added to fill out the track without cluttering the vocals or making the track feel too smooth. It was paramount that we kept it "street".

Here are some snapshots of various plugins that were used on the tracks:

The drums consisted of multiple kicks and snares including beatbox samples from Biz Markie that we recorded back in the 90s. All the different drum sounds were blended tougher to sound like one drum loop. They were then fed to the same aux for overall sculpting .

On the master buss for the kick:

The following was placed on the main Buss for the overall drum kit:

On the main chords (pads) I used the following: 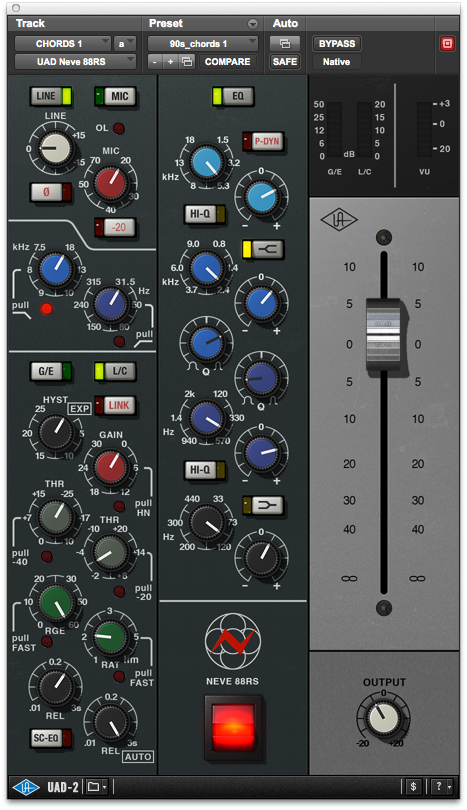 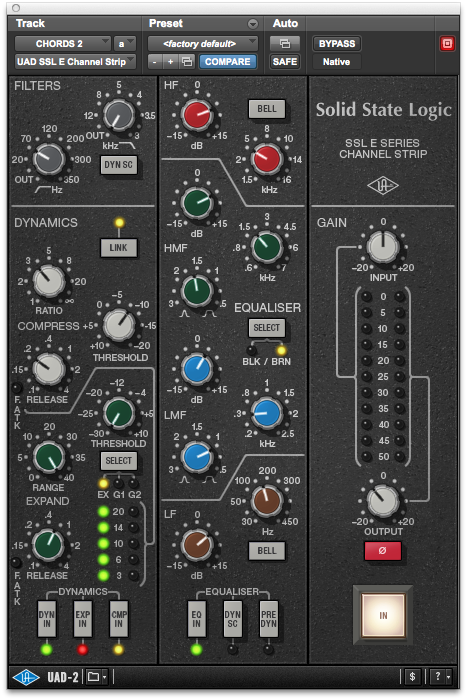 and for the effects:

For reverb I used multiple plates in various combinations on the vocals and keys: 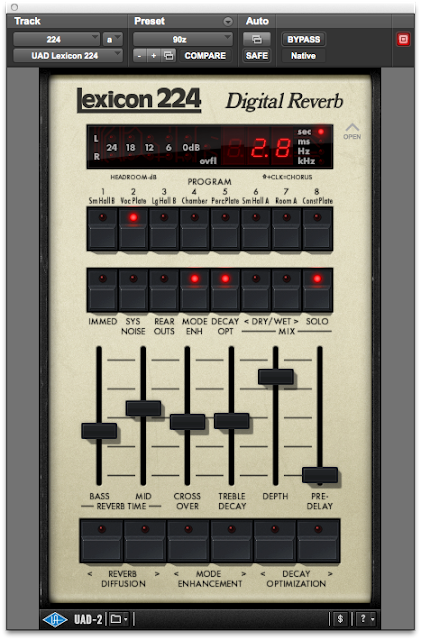 The Lexicon 224 was used on sounds such as the Bells, Harp and Rise FX.

The UAD EMT 140 was used to give the keys a touch of ambience.

IK Multimedia's CSR Plate  and the Eventide UltraChannel was used on the hook vocals to put them in their own space and give them a unique sound without being disconnected from the track. 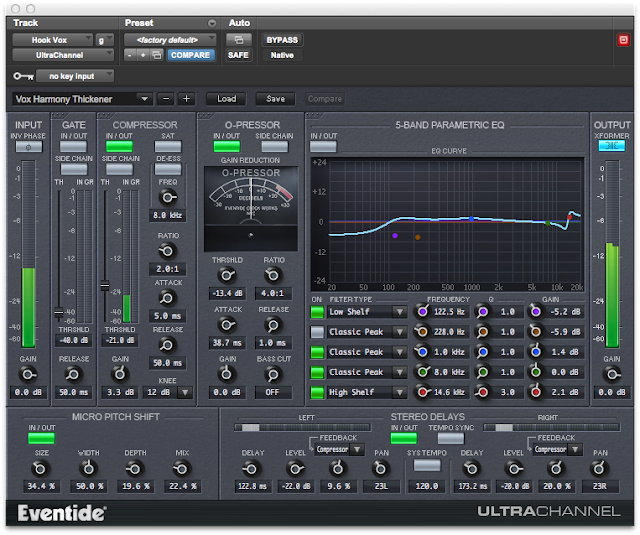 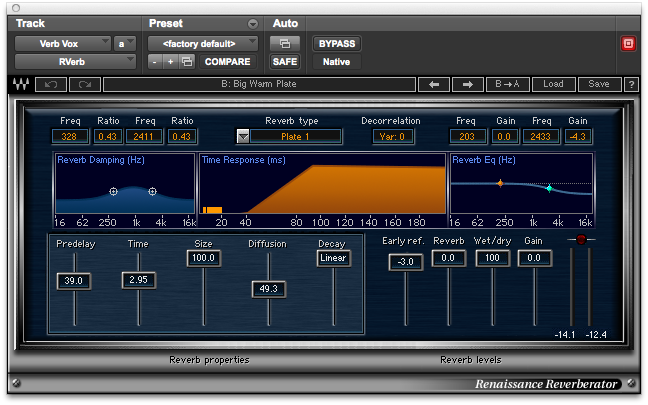 The Waves Renaissance Reverb was the original verb in the session and we liked how it sounded but I added some EMT 140 to help glue the vocals to the track.

The delays heard in the track are the stock Avid delays in Protools set to a 1/4 note with varying feedback levels.