With a name like Silkworm it has to sound good. 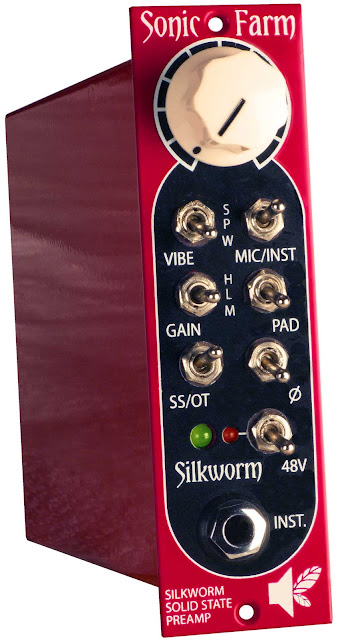 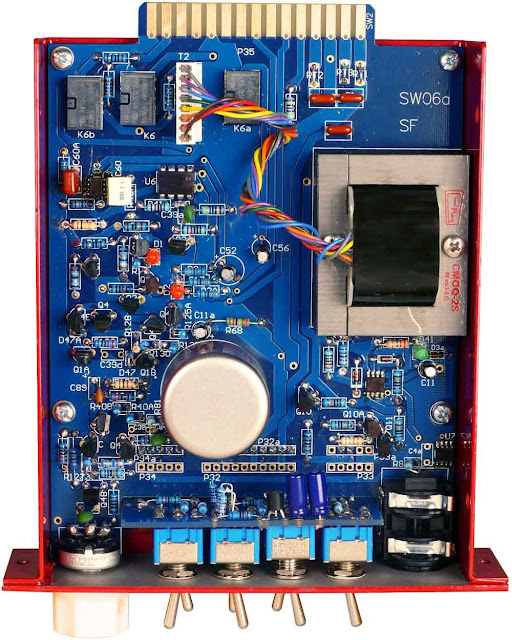 Sonic Farm is a boutique audio company that is very popular with some engineers and producers. They make excellent gear and now have a 500 series preamp named Silkworm. I'm quite sure they took no shortcuts in the design or manufacture of the Silkworm and it's sonically on par with their other gear.

"The design concept is: mic input transformer, then an active gain stage in a discrete OP amp form, followed by a choice of output transformer or a solid state balanced line driver.
This concept has been used before with units such as API 312 and John Hardy 990, except that they don’t have a switchable output configuration. The differences also lie in the design of the discrete stage, and of course the choice of both transformers.
The discrete gain stage has an extremely low distortion even in an open loop test.
The 2-stage active servo loop makes DC coupling free of output offset.
The 3-way character switch (named “vibe” because of lack of space) in fact does a complex input impedance manipulation to achieve 3 very useable tonal variations:
“S” for smooth, gives a warmer, smoother top end, good when more sibilant or harsher mics are used.
“P” for present, is a linear frequency response coupling.
“W” for warped, yields a hump in high mids or treble frequencies, and is interactive with microphone’s output impedance. Great for rock vocals, snare drums, or anything that needs to cut a bit better through the mix."
"...and the output has a split personality, solid state or transformer driven. We have done a lot of testing in local studios and everybody loves this preamp. Engineers compared it to everything else they had and it held it’s own next to much costlier units! In fact, some testers decided to keep theirs, although those were prototypes! When in transformer mode, Silkworm sounds just like Neve 1073LB. This was not intended, it just happened; it has a completely different design approach. In solid state mode, it sounds cleaner. Input transformer assures that the tone is never sterile even at cleanest settings."

Posted by Unknown at 8:43 AM No comments: