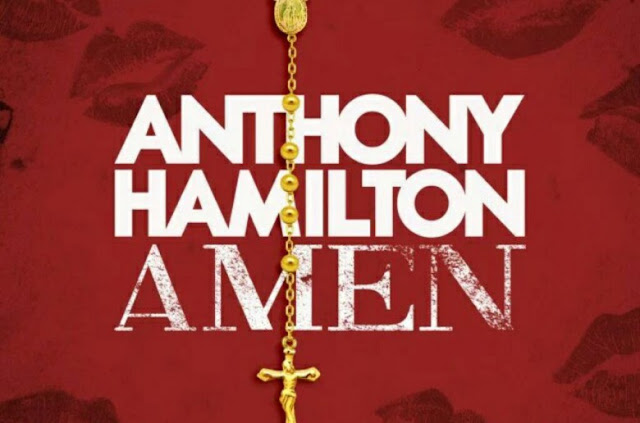 I had the pleasure of mixing Sony/RCA Records artist Anthony Hamilton's new single "Amen". It's produced by Salaam Remi and James Poyser (keyboardist for the Roots.)  and featured on his new album "What I'm Feeling". (which was released last Friday March 25, 2016. Customers of the restaurant chain Cracker Barrel can purchase a deluxe edition CD at their favorite location.)


As for the mix I was instructed to enhance the sonics but keep the feel and integrity of the record in place. With that in mind I used a slightly different approach when mixing "Amen".


Here are some of the plugins and their settings that were used in the mix:


I started the mix by first placing the UAD Ampex ATR-102 and Kush Audio's UBK-1 on the master buss. 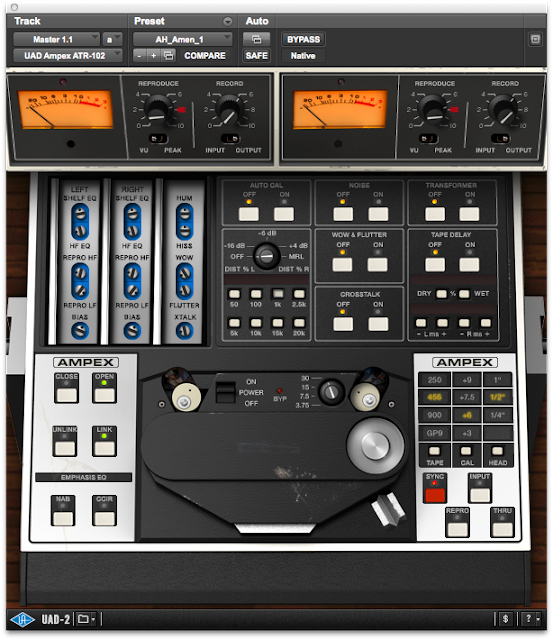 This was then followed by Avid's stock Air Kill Eq for quickly monitoring the low end on both the overall mix and individual tracks in solo. It's also an easy way to check the High and Mid frequency bands. 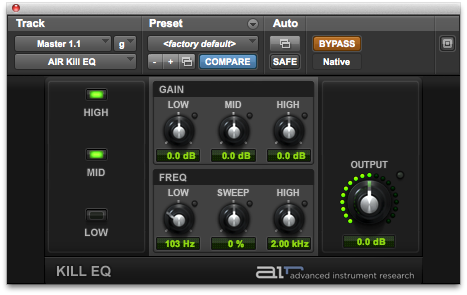 Then last in the chain was the free Panipulator plugin from Boz Digital Labs which was used to check the mix in mono. it also allows you to switch the polarity of the Left or Right side plus reverse the stereo image and also listen to the left or right side only at will.


The Protools session had a main Music buss and main Vocal buss already setup so I placed the UAD Neve 88RS on both and adjusted to taste. 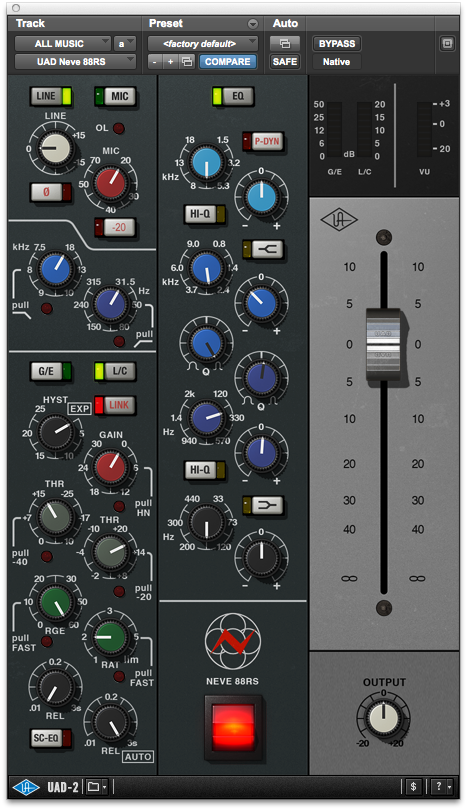 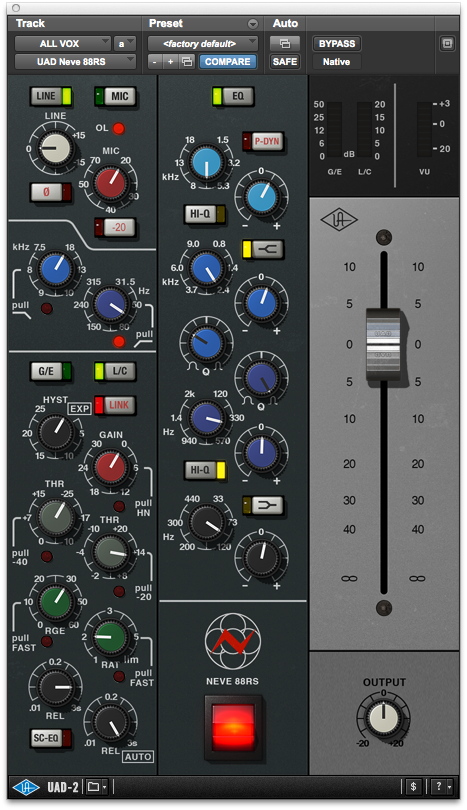 On bass I used the Brainworx bx_Opto for tone/color and shaped it with the UAD 88RS: 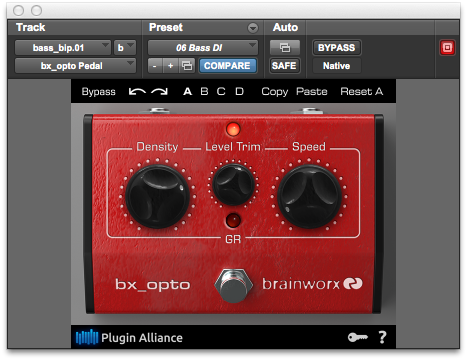 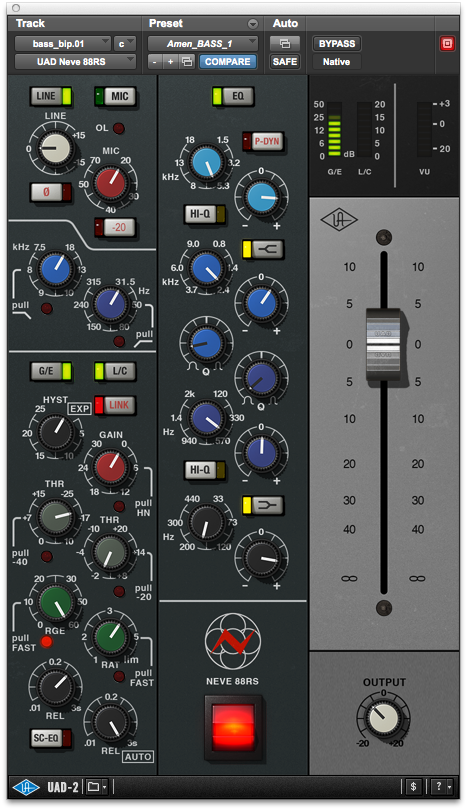 
For the keys/synths I used various plugins for each section but the main ones are:

I used the UAD SSL_E Series Channelstrip for adding air and presence to the Rhodes. 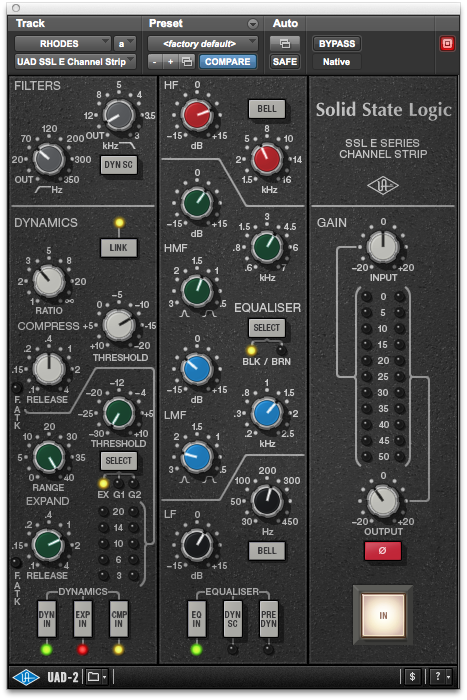 
I inserted The UAD CS-1 Channelstrip on the Aux master for the keys that only happen in the Bridge section of the song. I did this so the bridge keys would have their own "sonic space". I like this channelstrip because it has Compression, EQ, Reverb and Delay effects all in one plugin. 
For the synthesized vocal sound I use the UAD Eventide H-910 to add some texture without taking up too much space or causing conflict with Anthony's lead vocal. 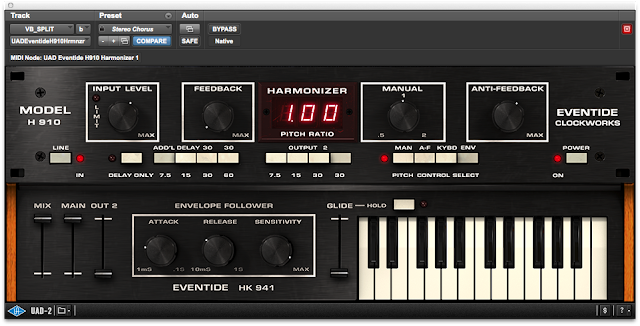 For monitors I used 2 sets of speakers plus the IK Multimedia iLoud portable speaker. 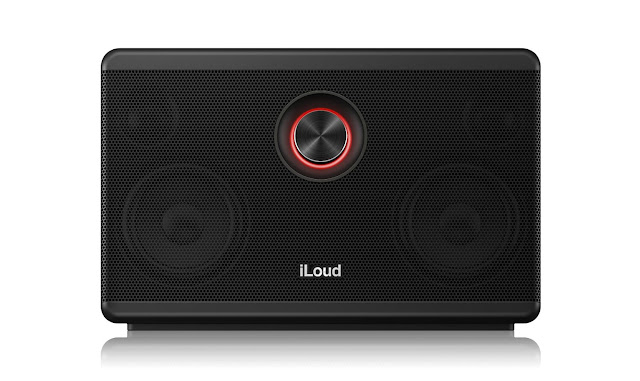 I also checked the mix on headphones and listened on a car stereo.

Posted by Unknown at 9:43 AM No comments: